And finally Metalbrothers.es get to put their feet in Japan, a country with long tradition in Metal and must-go for any band with a big name. We could say that if you have not played Japan you are not that big. But there are also good Japanese bands, as GxSxD. They are still more especial because they play a genre not so common over there, good Death Metal, they have been performing and touring tirelessly around the region throughout the years and have a reputation of being a ferocious live act. 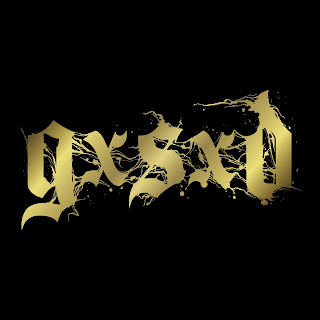 Hello guys, the band was formed in 2002, almost 15 years later, how do you summarize your career?

First, we had a different frontman until 2006. He was a so good guy, and a great vocalist.
He passed away two years ago. We wrote [dedicated to Kazuhiro "HxAxDxY" Yoshida] in our 2nd ALBUM, HxAxDxY is him. You can listen his vocals in our 1st ALBUM.
After he left the band, we chose vocals/guitars style. At first, it was difficult for me to sing while playing the guitar, there is no problem now. Then, we started the recording of the 2nd ALBUM, finally we release it now.

Japan is a country with long tradition in Metal, almost every big band has played in your country, but how easy is to be a death metal band in Japan?

Yeah. Many metal bands come to Japan. It's very grateful.  But, Japanese DEATH METAL band is not famous in Japan. In that sense, it is not easy to play the death metal in Japan.

Your debut album was in 2006, God Send Death, now ten years later we get your second full length, The Adversary. Why so many years between them?

We released 2 V.A albums & 2 split albums after the release of GOD SEND DEATH, but the last release was in 2008. Since then, we had changes in the line-up of the band, so it took some time to get an album down. Also, this album was mixed & mastered overseas, a first for us. At times, communication was a little difficult & time consuming, but we're extremely grateful for HERTZ RECORDING & all their hard work.

What difference are we gonna find between The Adversary and your previous album?

How long did you work in The Adversary?

Not bad. Chaos World is my favorite track in the cd, great riffs and some thrash ingredients 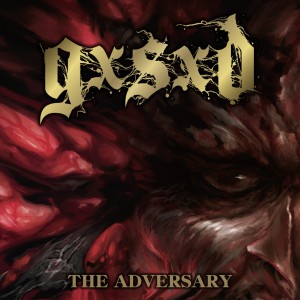 Thanks sooo much! Of course we love it! I wrote that song! Haha

I think we could say that GxSxD will fit all those fans of classic bands as Death, Vader or Behemoth, what do you think?

Yes. We love Vader & Behemoth! Of course Death too! While we play in Asia, we got the opportunity to share the stage with Vader and Behemoth. There shows were killed me!

A great chance to share the stage with the big guys. What do the lyrics talk about?

There isn't one particular concept for this album, it's a combination of many different things that have influenced us over the years. Death features strongly but it's not only negative experiences that have shaped our music.

The coverart was done by Swedish illustrator Pär Olofsson (Exodus, Malevolent Creation, Immolation, Demonaz), that means something about your status, right?

That's right.His artwork is so cool. It's really match with "THE ADVERSARY".

You have recorded no less than 4 splits along the years, you will release more in the future or now you are focused on full-lengths?

Of course we'd like to release 3rd full ALBUM!

What are the most intense gigs you have done? Any in the international arena?

HAMMERSONIC FESTIVAL is the most intense gig for me. That festival had in Indonesia.

Cool, we will have to check it out. What bands have influenced your sound?

Of course Slayer has always been a huge influence on us as a band. Other bands such as Vader & Behemoth have also been great influences, as well as local bands that continue to inspire us.

It’s known that Japanese live Metal with great feeling and intensity, there are some great musicians or bands thar are almost considered as heroes or kind of gods there. So, how do you see the Japanese Metal scene nowadays?

Yes, now its same too. There are really various scenes in Japan, always can see live performing somewhere in the town everyday.

What touring plans do you have?

Thank you very much for your attention, if you wish to add something...

Hope you'll like our new album. Get your copy and let us know what you think! Also available on iTunes store. See you on tour!!
Publicado por VPOWER en 9:54