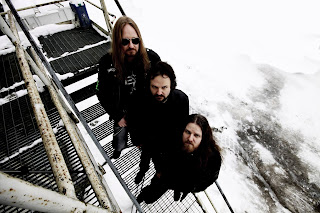 VESEN is delivering "Rorschach", their 5th full-length album and probably their best effort to date. They are not the usual band composing the same album once and once again, they are in constant evolution, something I really appreciate, looking for some new taste, sometimes going back to their roots. The only problem is that they live too far and we have not had the opportunity to see them playing live, hopefully some agent will be smart enough to bring them south. 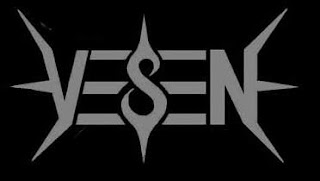 Hello Dag, VESEN was formed 1998-99 in Skogbygda (Norway), what has changed in the band since then?

Hello Alberto, Dag Olav Husås here. Thanks for the great review of "Rorschach"!
Some band members have come and gone since the beginning, but the core trio has stayed the same all these years. Hopefully we have become better and songwriters with a clearer identity since then.

I think you have. Until 2005 you didn’t release your first full-length “Ugly”. What happened in those early days?

Learning to play and learning to write songs, releasing a couple of sub-standard demos, and also finding the shape of the band both in terms of line-up and musical direction.
Releasing "Ugly" was a big thing for us, our self-financed debut. We also made a music video for the song "See you in hell", which has given us some exposure.

In 2009 and 2011 you got your second and third releases out, and just one year later, 2012, the third. How would you summarize those three albums?

With "Desperate Mindless Aggression" we tried to push ourselves all the way, certainly in terms of speed and extremity. With "Goat Carcass Rising" we took a step back in that respect and maybe focused more on good songwriting, more midtempo stuff. And even more so with "This Time It´s Personal", which I don´t think has a single blast beat. Also, with that album, I think we hit something original in our songwriting, and that´s a path we will follow in the future for sure.

In 2016 you are releasing your fifth album "Rorschach", compared to those early works what are we gonna find on it?

To me, it´s a bit of a reaction to "This Time It´s Personal", because that one led us down a new path, and I think it was natural for us to take one step back from that and in a way get back in touch with what Vesen is to us musically, and so "Rorschach" has some songs that stylistically could easily have been found on our earlier records. At the same time, there are some songs on there who are very much in the vein of "This Time It´s Personal", who are also pushing us forward and further down that path which I believe we will follow in the future. So it´s sort of a mix of the old and the new Vesen. What I also can say is that we are very pleased with the sound on "Rorschach", expertly engineered by our longtime collaborator Stein Sund, who has now joined the band as our permanent bass player.

Aha, that’s great, two in one. How long have your worked in "Rorschach"?

Too long, really. The album is mainly recorded in my home studio. Which gives a fantastic freedom, to not be bound by studio time and things like this, but of course, it also demands a certain discipline to get things done. I started recording the drums in the summer of 2015, so we probably used too much time in total, finishing the mixing now a year later. But I see it as a huge triumph, that I gathered all this quite basic gear to build a home studio, and with the brilliant help of Stein came out with an album that soundwise is better than anything we´ve ever done. Huge credit to Stein for making that all come together, he was also my consultant on buying the studio gear.

A good investment in expertise and equipment that you will surely taka advantage of in next releases to come. Being a band from Norway and playing black thrash metal is always a positive advantage or a bonus over other bands from other countries?

Maybe to some extent, but we haven´t really felt that as much as probably bands who are playing more clean-cut black metal. Black metal certainly put Norway on the metal map, but I think the field is quite levelled with the internet and everything, and I think people go for quality no matter where the band is from. Or at least they should.

By the way, you enjoy more playing some experimental stuff like "Fear of Skin" and "Doppelganger" or straight thrashers like "Flies to Shit" and "Hate"?

Well, I´m usually the guy in the band responsible for all that experimental stuff. The dynamic in the band songwriting-wise has always been me pulling in that direction, and Thomas pulling in the more straight forward direction. But we both enjoy both extremes, and of course, if you´re talking about playing live, we will usually pick the straight rockers over the experimental stuff, just because that works better in a live setting. But yes, I love experimenting, I get very quickly bored with music that is totally straight, but music can be made interesting in many ways, plus I enjoy working within the framework we have constructed for ourselves defining what is Vesen and what is not.

You sound very old school or classic, but at the same time you melt so many things... Could you ever become a progressive metal band, now that much of the metal acts mix every kind of genres and music? What do you think about it?

Thank you, I take that as a compliment. For sure, we could be progressive, and like I mentioned earlier, I think we found a path on the last album that we will explore further on future releases. Where that takes us, I don´t yet know, but for sure, we need to evolve. It´s not interesting to just rewrap old Destruction songs over and over again.

I totally agree with that. What bands have influenced your sound? 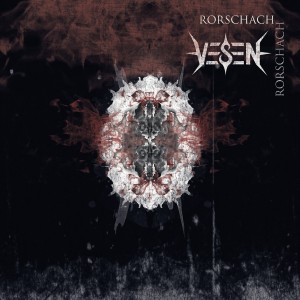 Norwegian black metal for sure, 80's thrash and black. But also anyone who likes to experiment and take things one step further. So Celtic Frost and early Aura Noir for sure, but also more straight forward stuff. I think the one band all of us in Vesen have in common is Norwegian band Minas Tirith. We sound nothing like them musically, but their way of thinking music, how they did things differently and found their own voice is something we carry with us.

What songs from your new album you would eventually choose for a best of and why?

The ones I wrote, of course.... No, I think the two opening songs are really strong, and I also have a strong affinity for "Away, the Tormentor". I´m sure the other guys in the band would give different answers.

Rorschach is tremendous and so an addictive album, did you think about this point when composing the songs?

Thank you so much. No, we don´t really think about stuff like that when composing, but it´s nice if you think it turned out that way.

Darkthrone’s new album is good, but sincerely yours is better and much more funny than theirs hahaha, I had to say it. But Darkthrone has a big name... Metal is not fair...?

Wow, thank you very much again. I haven´t really heard the new Darkthrone album yet, I just think I heard one song they released online some time ago, and I remember it being more black metal again, which is better for my taste. But I have a lot of respect for that band, they are an inspiration, and they deserve a big name for what they´ve done in their career.

I would like to talk about the cover that, obviously, is matched with the title of the album. The Rorschach test is a psychological test in which subjects' perceptions of inkblots are recorded and then analyzed. How did you get it and  why?

Originally, we had a grand idea of creating a concept spanning several records, both musically and lyrically. We ended up with compiling it into one album and discarding a few of the musical ideas, and decided to keep the concept restricted to the lyrics and to a lesser extent the music. The Rorschach title reflects the concept, which is basically about a person with certain mental problems.

Connecting with the previous question, what are the lyrics about?

As mentioned, it´s a concept album. In a nutshell, we follow a person trying to escape some demons from the past, and as the story progresses the person realizes they are a part of him/her. That's the very short version.

Aha, sounds good. Let’s talk about gigs. Which has been your biggest or most important gig?

We really haven't played enough live. We've played most of the extreme metal festivals in Norway, so I guess that's it. Covering "Deathcrush" at the Inferno Festival with Messiah on guest vocals was fun.

Plans and ideas are being thrown around, but nothing concrete to report as of yet. Any interested Spanish concert arrangers, please be in touch.

Hopefully we will see you around, in Spain or elsewhere. And finally, what are your plans for the future?