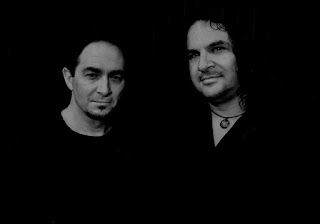 I think two names should be enough to introduce this project, Fates Warning & VICTOR ARDUINI. Yes, the great guitarist and composer is back with another chapter that will be an instant classic since the very first moment it hits the streets on February 24th. Heavy doom with awesome guitars and epic voice, a travel to some distant and divine world where light and darkness fight. Get your ticket because this is an adventure you cannot miss. We have had the honor to get Victor Arduini revealing the details himself. Enjoy it! 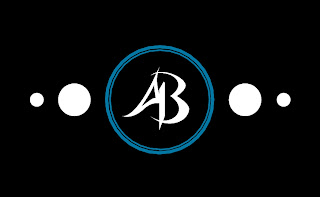 Hello Victor and congratulations for your great album “Dawn of Ages”, a classic from the very first moment I think. First, the question is due, how did the Arduini / Balich project start off?

Thanks for your kind words. I began writing music towards the end of Freedoms Reign's tour and was realizing how personal and different it sounded from what we were doing. I pretty much knew I was going to move on with my next musical chapter as more of a solo artist so I could let loose with my ideas and maintain the artistic control from writing, arranging & producing. I spent about 18 months completing most of the music with the intent to work with a great singer from Brazil. Unfortunately it wasn't working out and literally the same day I had to part ways I received a call from Brian and after some discussion he was aboard to help finish the album.

Destiny is always around the corner, but we keep the doubt about who was that Brazilian singer…If we have to define this album, somehow it would be a perfect blend of heavy metal and doom

I think that's a good description of what I was trying to achieve. I know my style pretty well and wanted to maintain the elements that have always been there since the early days of Fates but I also wanted to make it darker and heavier than anything I've done before. I have a huge love for the doom/stoner genre that's going on now and it was very influential throughout this process

How long did you work in the album? Did you ever rehearsal together or is just a long distance kind of project?

The complete process has taken two and a half years from 1st rehearsals to release. It may seem like a while but after the 1st year of writing and recording there was the process of Brian getting lyrics & vocals completed. Once that was finished it was all the other stuff with artwork, promotion, etc. I can't say how relieved I am it's finally out. Brian and I never really worked together other than a weekend get together to do some early demoing. My first experience working through email was with While Heaven Wept in early 2014 which was enjoyable and I felt we could do the same. Our communication has been great throughout the process.

It doesn’t seem so a long time to me, taking in account the magnificent album you have created. You have counted also with drummer Chris Judge, although he doesn’t appear in the name of the band, right?

Chris came aboard because we work so well together. He was told from the beginning it was going to be a solo project and was cool with helping me get it done. Honestly he was a very big part in the writing of the music. While I may write and arrange the riffs his playing really inspired me and some of the ideas are extensions from the actual riffs I brought down. I'm very thankful for all he did and hope we can work together again someday. We called it Arduini/Balich simply because we are the two known musicians within the metal community and wrote the songs together.

Are we wrong if we think that most of the composition process was over Arduini’s shoulders?

We'll the music was written, arranged and recorded by myself but you need to give equal recognition to Brian for his lyrics and voice. Both are needed to make it complete. Producing the album myself really helped get the sound and intent across that I intended.

When you listen to “Dawn of Ages” you often realize that you have been listening for a song for about 8 or 10 minutes without almost thinking about any other thing, for example the reality show on the tv, the boss, or whatever, that is a gift, isn’t it?

It's funny you say that. I've listened countless times to the tracks and always found myself 8-10 minutes into the song and not feeling like it was going on too long. That makes me feel good. I hope others will allow themselves the time to listen as you did.

It’s fun all the way and a good therapy moreover. Most of the songs follow the same pattern, a heavy doom riff that you often repeat throughout the song and that is the first step for a great variety of melodies, tempos and solos

I agree. When I write I tend to start with a riff and once I begin playing with the drummer it becomes bigger and new ideas start flowing. I think a lot of it comes from all my early influences which began appearing in my writings in Fates and became a style of sorts for me. Once you have the core of the song then all the fun things begin to get put in tying it all together.

You have signed by Cruz del Sur Music, did the guys show any kind of problem or disagreement when they saw 6 songs and almost an hour or music?

Not at all. Enrico has been a supporter of my music since he signed Freedoms Reign a few years back. I think he just trusts in what I do and let's me create the music I like to make. 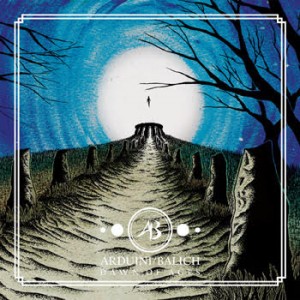 The guitars in “Dawn of Ages” are just amazing, cool melodies and so much inspired solos that is impossible not to rise the fist

Very kind of you. There is a lot going on within each song and between the music and Brian's epic vocals there are some great moments where you feel the emotion that's being presented and if it makes you rise your fist, bang your head or whatever else that inspires you that says a lot to me.

Victor, how do you usually work in order to get the solos or riffs? You first get the riffs and you compose the song around it or you have the lyrics and you look for a melody?

Mostly I'll have a few riffs that I've come up with and bring them down to rehearsal. Once we begin jamming on them new ideas begin to develop organically. I record just about everything and can go home to re-arrange and compose. Vocals and lyrics are usually the last thing. I like to hear the song as a strong musical piece that can stand up without any vocals. I've occasionally had a vocal melody in my head which then inspired the riff.

Talking about lyrics, what are they about?

Brian told me he doesn't really have a formula to his writing. He just writes to the emotion. The use of words in a melodic sense can be a very difficult thing to do and he is the master. I always like the listener to interpret the lyrics in their own way.

Brian has done also a great job, he sounds raw, epic, emotional, he is the perfect complement for the excellent guitar work

Brian did an AMAZING JOB !! I am still floored by some of the things he came up with. So much emotion in his delivery and the lyrics so dark an thought provoking. Brian has been a perfect compliment to the music behind him. I am blessed to be working with him and looking forward to everyone hearing what our joined abilities have created

What has been the song harder to complete? Maybe the epic Beyond The Barricade?

I would agree it was one of the more difficult to compose as it is built on many different riffs and passages. It's like 10 songs in one. But from a production standpoint they all were pretty intensive to get the final sound and mix I was happy with. The  simple acoustic bonus track "Wolf Of Velvet Fortune" was a bitch to recreate as I wanted to stay as true to the original production as I could.

Yes, because the cd includes the six new songs of yours, but the vinyl version includes 3 bonus from Black Sabbath, Uriah Heep and Beau Brummels, how or why did you choose to make a cover of those songs?

We had the opportunity to do a double LP but needed more music for a 4th side. We threw a few songs around and ended up with these 3. We just wanted something that both of our abilities would enhance the song and do it justice. They were a blast to finish. I think they make a nice bonus to the project.

They do, indeed. Do you have the intention to make some gigs around?

We would love to do some shows if the opportunity was right. It would be nice if we could secure a few festival gigs overseas with some area shows in between but at the moment we just want to see how the album does and if there's any interest. Since there is no actual band I would have to put something together but that wouldn't be too much of a problem.

Did you keep any song in a drawer for a second album or this is just a one chapter trip and the story is finished (we hope not)?

I have quite a few riffs and demos laying around but truthfully I always like to start off fresh when writing for a new album. We would love to do another one and if things go well with Dan Of Ages it could be a good possibility to begin another. I write best when I'm inspired and actively playing. At the moment my time is limited due to all the promotion for this release. I like taking time off between projects even if I have to  get my chops back (lol) it's made up in the enthusiasm and excitement of new riffs. I'll probably start some writing in the fall

That sounds pretty well and hopefully we will get another master class album from Arduini/Balich in the future. Thank you very much for your attention, Victor, if you wish to add something…

Thanks again for the great questions. I enjoyed answering them and thanks for listening to the album. Take Care