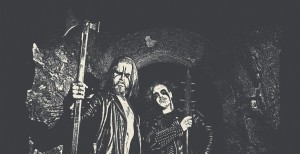 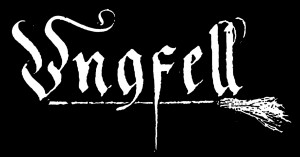 Excellent. How would you describe your new album "Mythen, Mären, Pestilenz"?

The Album focuses on medieval tales, especially Swiss ones. It is, in a sense, a conceptual work, even though the tracks are not related to each other. Musically, it is a very typical Ungfell album but it is calmer in it’s overall character. There is a more melancholic approach to it compared to the previous album in my opinion. 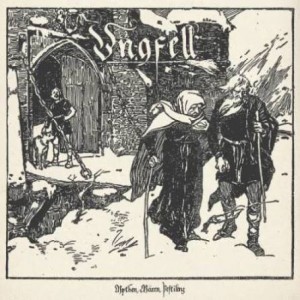 This second album was easier to finish up than the debut one? Did you have any material you had not use in your previous album that now you have included in this second album?

No to both questions.

No dilemma. "Mythen, Mären, Pestilenz" continues your traditional sound, why to change it if it works, right?

Uhm. Raw black metal with an occasional folk instrumentation, any song you would remark over the others?

No. Every song has its right to exist. I don’t have a favorite one.

With only a few years of existence Ungfell is already a reference in the Swiss black metal and a name that sound more and more in the international arena. It took you by surprise?

Amazing. Menetekel stands also for another project under the name of Wyrgher, also black metal to the bone. How do you split your time between the two projects? I suppose Ungfell is your priority?

At the moment Ungfell is a priority. I am working on some Wyrgher ideas though.

Switzerland is a small country in terms of audience compared to others but with an important collection of names, of which Celtic Frost and C oroner are possibly the biggest ones. Do you see Ungfell entering that realm of mighty darkness after several years?

Uhm. Do you plan to tour around with your new album in the forthcoming months?