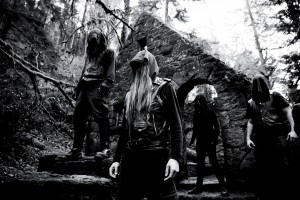 Two years after the release of the lauded debut album “Devoid of Light“, and tours across American and European lands, the Pacific Northwest four-piece has completed work on their new album “Cult Of A Dying Sun”. Recorded by Robb Bockman at The Maleficarum, Portland, OR and Shane Howard at Sawn & Quartered, Denver, CO with final mix and mastering duties taken over by Arthur Rizk (Inquisition, Power Trip, Cavalera Conspiracy). UADA will hit the road for their ‘Snakes & Vultures' European tour in Spring & North American tour in summer in support of the album and new material. 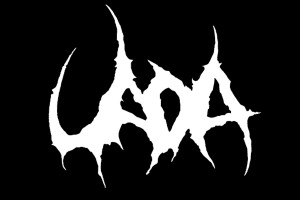 Hello guys, two years after the release of the lauded debut album “Devoid of Light“ you present your new album "Cult Of A Dying Sun", any change in your music from your first album?

The new album was written in the same time just following the writing sessions of our debut. Due to the intense live schedule we accumulated last year (among some complications) we had no choice but to hold off on the recording. The album definitely has some natural progression in the sound & has expanded on all sides. We feel it is a good representation of who UADA is and what this band will have to offer in the future.

Brent Boutte' (drums) and Edward Halpin (bass) is the new blood in the band, how did they adapt? Did they contribute in some way to the new album?

As stated the new album has been written for quite some time & before any new members we added to the mix. Brent had come in to learn the album & did a great job in recording. Ed was not on this album but we are all extremely pleased with what he has brought to our live setting. We also have been sharing our ideas that we have for the next album & can see he will definitely shine when that light is brought forward.

After “Devoid of Light“ you toured around American and European lands, when did you start preparing the new album and how was the process?


Everything we do is planned very far in advance, so we were waiting for the month of November to record knowing we'd have a few weeks around our Latin American tour to succeed. It was a very ambitious task, but we are an ambitious band & with great risk comes great reward. 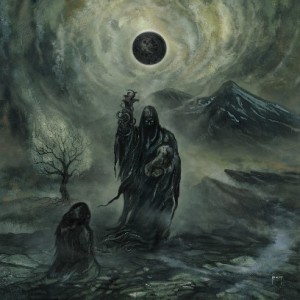 Is there any guy in the band who assumes more than the other the composition tasks?

I take that role on myself. The compositions are very important to me & arranged in specific and certain ways to tell a story on it's own. If you notice the debut as well as our new album are albums you want to listen to front to back for the exact experience. Sure each song can stand on it's own, but it makes more sense as a whole. For me personally I have always enjoyed albums that feel like a constructive unit as opposed to just a bunch of songs thrown together. Songwriting is storytelling and we want our albums to take the listener on a journey.

This is your second album inside the melodic black metal spectre, usually dominated by the European bands, an act of recognition for the US scene?

I've been playing & writing melodic Black Metal for over 20 years now & UADA is no different. We write what feels and comes to us naturally. We are not trying to fit into a category or a certain mold. There are no regulations or boundaries to what we do & we believe the new album really showcases that. The US has a great body & variety of USBM, with that said I don't really see anything here in the US sounding much like UADA...we are doing our own thing & I think most bands in the states are following their own path as well.

Kris is an amazing artist & one of, if not my favorite. I've been personally working with him for over 14 years now & will continue as long as he is interested. Back in the 90's when I was a teenager delving into the world of Black Metal, I always found myself staring at the album covers Kris had produced. Those covers are iconic & were such an inspiration that I felt it was important to continue that tradition in hopes that his work with UADA would inspire others as they did here.

Well, we talk about melodic black metal but it may be unfair or limited because your sound covers many styles

Yes, there is a lot of influence that comes from outside of Black Metal. And if any Black Metal band tells you otherwise then they are either lying to you or lying to themselves. We are honest with ourselves & our influences. We let those influences into our art because that is why we are here today. Aside from Black Metal we have a lot of traditional Heavy Metal, Goth, Classical, Folk & Rock n' Roll/Punk vibes. All of these genres & influences play a part in the sound of UADA & will most likely continue to do so. Never deny your roots.

I was happily surprised by the instrumental song The Wanderer, it gives the album a great fresh change

Again, we are open to our roots and honoring them. The instrumental track is the embodiment of that. It is a very special track that was written in the most primitive of settings. James (lead guitar) & myself had hiked a butte under a supermoon in October of 2016. It was a very windy, clear & cold night. Once we reached the summit we took cover in a grove of trees where we sat down on one that had fallen. The moon was very bright & created many shadows & perfect silhouettes within the trees. As we sat there writing "The Wanderer" with our acoustic guitars we started to notice that we were being surrounded by the wildlife in the area. Deer, raccoons, ravens and so one all wandered to us curious to the sound we were creating. It was a very magical experience & we did our best to capture that moment & atmosphere on the record.

Yes a summary & evolution to our sound. I am not exactly sure what you mean by "northern" but I assume it means cold or maybe more in vein of 2nd wave? Of course we have our influences but I am sure the region we live in also plays a part in that sound.

Do you have any preference for any songs in the albums? Something sure for the live setlist?

We have already played the first three songs on the new album live & did so on our last tour. We would like to incorporate more songs from the new album in time.

You have toured around Europe and America and you will repeat in the promotion tour of your second album. Where is located the largest legion of crazy followers of your sound?

I don't know if there is a region that is particularly larger than another. Europe, Canada, USA, Mexico, Central America & South America have all been pretty close in the support numbers. We are very fortunate thus far.

Can you confirm any details about the forthcoming tour?

We will be embarking on a 4 week tour across North America starting on the summer solstice. UADA will be joined by Wolvhammer (Chicago) & The Black Moriah (Texas). We will be playing 25 shows across the western side of the US, Canada & Mexico.

How do you see the current Metal scene?

Thank you very much, if you wish to add something…

Just would like to say thanks to those reading & those who support. Salute!
Publicado por VPOWER en 2:14