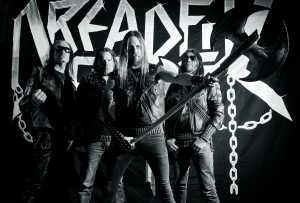 DREADFUL FATE is the remedy for those who miss Kreator, Sodom and Bathory in their potent prime and features former and current members of Merciless, Hypnosia, Nominon, Deströyer 666, Interment and many more. "Vengeance" is their debut album, out on June 15th. 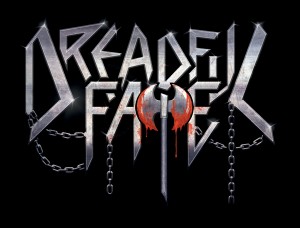 Hello CS, "Vengeance" is your debut album, for being a band formed in 2017 you have been quite fast or these songs were prepared some way before the band was created?

CS: Hail. Nope, none of the songs were written before the band started out. We have a way of composing songs kind of fast, we ain't got the time to fuck around too much. Either we like it or we don't, all four of us know what we are doing.

Bestial, Total Destruction, Death Ripper & Corpse Skelethor are the nicknames you have chosen for the new project, a declaration of intentions?

CS: We wanted to embrace the mystery of the ancient legends and those names were chosen after a ritual full of destruction and mayhem.

You guys have a previous experience in many bands as Merciless, Hypnosia, Nominon, Deströyer 666, etc, so this project was not so much a surprise in terms of sound or style

CS: I'd say that DREADFUL FATE is far more primitive and aggressive in a way, more back to basics and in-your-face, compared to those other bands.

When did the writing process for "Vengeance" start? Did yo have your ideas clear from the start?

CS: The visions from early on was to create aggressive and intense Speed Thrash Metal with a genuine touch and feel of our favorite artists between 1984-1989. The songs used for the album "Vengeance" were mainly written between June 2017 up to the recording in January 2018.

Bestial vocals sound really aggressive and with personality, as if Mille Petrozza have drunk 3 redbulls in a row 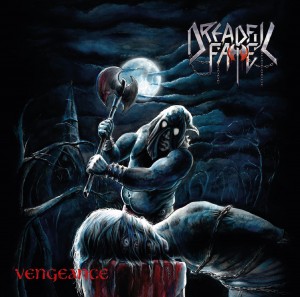 CS: Hahahaha... I have to agree on that, killer description. Bestial certainly are one of the best Thrash/Speed Metal vocalists of all time.

CS: Well, Thanks buddy. Good to hear that anyone else out there like what we do as much as ourselves. This is the kind of Metal music and genre that we have always had the passion to worship and follow. It is not about progression really, it's about keeping it real and sane, and not complicate things just because you can.

The songs in the album are short and straight to your face, hit fast, hit twice?

CS: Twice!? There are eight fucking hits in a row on the album, straight in your face without a slightest thought of remorse....

Hahaha We guess your biceps must be well trained or you are an adiccted to gym, because you guy actually deliver some very fast tempos

CS: I'm a skinny bastard. So it has nothing to do with biceps or muscles in general really, more about the will to kill, about a desire to perform over the top and with a sinister passion from the darkest vaults of doom.

And it works alright! Fans of early Sodom, Kreator and the classic Sweden scene will be clapping hands when listening to "Vengeance"

CS: If we fail to please people in general, at least all four of us will be banging our heads together and raise our fist for Metal till the end of days. Anything else will be like a bonus. We never formed this band to become famous or touring the world anyway, we formed because we wanted to be in a band that played exactly this kind of music, but at the same time being a gang including a bunch of friends that trusted and knew each other already.

This first LP is the confirmation of the good sensations from 2017 demo. From that demo Unholy Lust is included in the album, but not The Sin of Sodom, any reason for it?

CS: We wanted to keep at least one track exclusive from that cassette release. Since "Sin of sodom" was the title on our cassette/EP-release, then we decided to keep that track as the exclusive one, so to speak.

By the way, I don’t know if it’s just my mind playing games with me, but I like the Sodom’s air in your artwork

CS: It's a tribute to the old. The hangman/butcher/death, or whatever you prefer to call him, was perfect to use, and easy to associate with the music that we play. If you don't like what we do, you're obviously a poser, and deserves to face the man himself.

Ready to make some gigs around?

CS: We take nothing from granted concerning live shows, we have only been doing two this far, both in Sweden; One in the north (Umeå) and one on the west coast (Göteborg). We will take all serious inquiries under consideration. Any promoters, festivals, clubs, whatever, feel free to get in touch.

Thanks for the chat & congratulations for your debut, if you wish to add something…